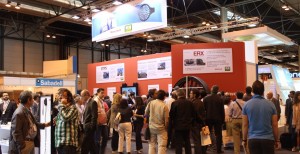 More than 3,000 people attended ENEA’s stand during the Energy and Environment International Exhibition, GENERA 2012, held at the IFEMA fairgrounds during the past 23, 24 and 25 May.

Thousands of professionals and visitors sought information on the products presented by ENEA, who participated with its partner Honeywell, a multinational company specialized in temperature control equipments, among others. 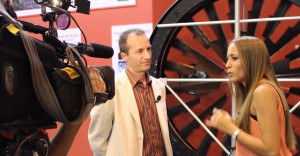 The large influx of people showed the success of the WT6500 Honeywell-turbine, which was presented at GENERA as one of the top innovations in the sector. As well, the media coverage received during the Exhibition, with TV channels as Telemadrid or Antena 3.

The ERX application was crowned as one of the greatest innovations of GENERA, reaping the surprise and admiration of many visitors to the stand. This application takes advantage of the air flow of refrigerating and cooling systems in thousands of buildings, cogeneration plants or subway systems, capable of generating sustainable energy 24/7/365.